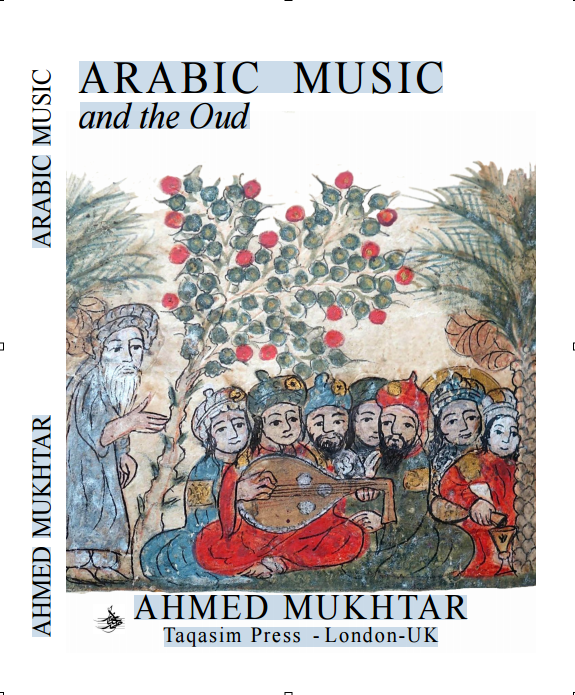 Many books have been written on the subject of Arabic music, most of them by Western authors who presented the subject from a Western perspective with no knowledge of Arabic music other than from theories reported by authors relying mainly on other Western and often inaccurate sources.

Ahmed Mukhtar’s book is most important because, precisely, it narrates his account of Arabic music, and especially oud music, from the perspective of an accomplished oudist and composer who has received his knowledge principally from oral transmission which sometimes conflicted with historiography. However, oral transmission is a fundamental epistemological tool of Arabic culture of which the West is suspicious. I have often heard stories about early Arabic music by musicians from Damascus, to Baghdad, to Fez which I often disdained as tales but then, decades later, I found out that they were supported by manuscripts. In a land which commits its Holy Book to the memory of the Hafiz, is it not reasonable to assume that the history of music, too would have been committed to orality? Western musicology should revise their views about the transmission of Arabic theory and rely on probability rather than on subjectivity. Was it not Farmer who said that the Arabs had a lute twice the size of the normal type? I never heard such a story from the mouths of any Arab musicians…

Ahmed Mukhtar studied the oud and percussion from a very young age in Baghdad and gave his first concerts, barely fourteen, at the Iraqi museum and other prestigious places. His studies at the Institute of Fine Arts in Baghdad and at the High Institute of Music in Damascus led him to London where he was awarded a Bachelor’s and then a Master’s degrees at SOAS, the School of Oriental and African Studies of the University of London in 2003.

Over the years Ahmed Mukhtar realised that many works about Arabic music had neglected the practice of the Maqam which is its fundamental structure. His years of practice have resulted in his profound knowledge of this form and taqasim improvisations for which he is an incontestable master. He has created a foundation where he directs the teaching of the oud and percussion. Besides, he gives recitals, internationally, in too many countries to mention here.

In his book, Ahmed Mukhtar writes about the earliest sources of Arabic music, to the Golden Age and up to our modern times with a meticulous description of the composition and the practice of the Maqamian and taqasim arts.